An honest and painstaking writer who cares deeply about the truth of her subject-matter.
Ciaran Carson
A haunting, atmospheric novel about four students who find themselves unexpected witnesses to history in the strange last days of the Shah's Iran.
Samira Ahmed
A wonderfully accomplished novel that powerfully depicts a forbidden love in a fragmenting world trapped between dictatorship and fundamentalism, and where poetry is seen as more dangerous than guns.
David Park, author of <i>Travelling in a Strange Land</i>
Llewellyn vividly captures the lives and passions of four young people irrevocably transformed by revolution, and of a moment in recent history that tilted us towards the political frailties of the present day. Skilfully woven through the story is a tender testament to the Iranian writers and thinkers who bore witness and sought justice.
Cathy Galvin
I loved this immensely evocative novel which takes the reader on a gripping journey through Iran - as well as a deeply moving and absorbing emotional journey, which acutely shows how the political and personal are inextricably interwoven. Highly recommended.
Anita Sethi
An exploration of memory and loss.
Bookmunch
Subtle, serious fiction
<i>TLS</i>
Takes on huge, political and personal themes and carries them off superbly.
<i>Irish Independent</i> 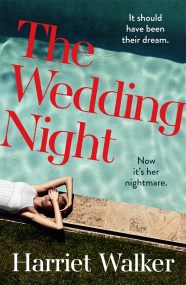