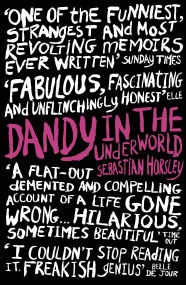 Dandy in the Underworld

'Like Salvador Dali's confessions, only far funnier and more self-deprecating, Dandy in the Underworld entertains as much as it revolts, is as tender as it…