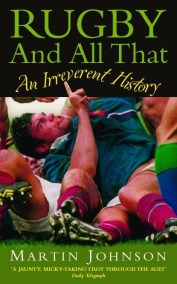 Rugby And All That

Starting from the moment when William Webb Ellis picked up the ball at Rugby School during a game of soccer and ran with it, Martin…