Sure to delight the reader . . . irresistibly sweeps the reader away . . . a masterpiece, meticulously executed from the first page to the last
Sigridur Albertsdottir, National Broadcasting Service Iceland
One blindingly beautiful section comprises a list of surrealist images, the nightly dreams of a group of townspeople . . . This book is a Norse Arabian Nights. Each section is a honeycomb. Stories are nested in stories and crack open to reveal rumour and anecdote, prose poems, tendrils of myth. This abundance isn't an empty show of virtuosity but rooted in Sjon's belief in the power and obligation of old-fashioned storytelling . . . [It] consumed me for the better part of a week. I can only echo Loewe, with gratitude, exasperation and awe. "This book's a bloody thief of time."
Parul Sehgal, New York Times
Bewitching . . . His stories compound the dreamscapes of Surrealism, the marvels of Icelandic folklore and a pop-culture sensibility into free-form fables. Call it magic realism under Nordic lights . . . Sjón's finale anchors his ingenuity to a moving plea for solidarity Hrolfur, the entrepreneurial geneticist, yearns to "soar heavenwards into a world where imagination is the only law of nature that matters". CoDex 1962 applauds the aim, but distrusts his means and motive. The wild flight remains a mission not for scientists but for story-tellers.
The Economist
Sjón's novels are brilliant collisions of history and fable, psychology and fantasy
Chris Power, Guardian
This book is psychedelic, it's potent and it wants to consume the whole world . . . Sjón is a prodigal storyteller in all senses of the phrase . . . he is a master of atmosphere, a fine observer of the cross-hatchings of human motivation and a vivid noticer of detail.
New York Times Book Review
An extraordinary and original writer
A.S. Byatt
Sjón is one of our era's great writers. Like Ovid, Kafka, and Bulgakov, he is fascinated by metamorphosis and, from apparently limitless resources of the imagination, can convey what it must feel like
Charles Baxter, Nation
Dazzlingly funny and entertaining in sections, dramatic and tragic, light and serious, woven with the artistry we recognise in Sjón's other work ... he creates with his inexhaustible imagination a gorgeous and relevant ending
Fridrika Benonysdottir, Frettabladid
I found myself awed by its ambition, its uncommon narrative sophistication, its incredible emotional depth - especially in its concluding chapters - and, finally, most unexpectedly, its profound seriousness of purpose . . . it deserves all the attention and esteem it has received . . . every excess in CoDex 1962 is redeemed, accounted for, and justified by the end of the novel, which not only offers important revelations but also reconfigures everything that has preceded it so that the fantasy elements take on radical new meanings . . . far and away the best thing Sjón has ever written . . . It reads, on every page, like the work of a writer who is stretching his talents as far as they can go. It is one of the best novels of the year in any language - visceral, captivating, intellectually rewarding, and ultimately deeply moving - and its ambition and achievement are unlikely to be equalled by more than a handful of books this decade.
Alex Dewar, Splice
Iceland's literary spell-binder ... A tantalising smoke of marvel and magic drifts through Sjón's work
Boyd Tonkin, Economist 1843
This is a work of great ambition ... above all it feels like a work of virtuoso narrative for its own sake; an Icelandic 1001 Nights.
The Sunday Times
This modern-day saga in three novels revolving around the life of Josef Löwe blends genres and illustrates the way stories can bring the most fabulous dreams - and nightmares - to life in a work that feels like The Tin Drum of our time.
Johhn Freeman, Books of the Year, Boston Globe
Sjón writes with a poet's ear and a musician's natural sense of rhythm. This extraordinary performance, consisting of three books in one, sets out to entertain, but also to prod the reader towards a stark realisation of human mortality and the games fate plays . . . The influence of Günter Grass's The Tin Drum is evident. Sjón has mastered the earlier fabulist's technique of merging history with high-speed comedy and surreal profundity. With a man made of clay and a bewildered angel struggling to get rid of a symbolic trumpet, there are shades of the Bible as well as Milton. Sjón, an heir of Mikhail Bulgakov and Laurence Sterne, eases literary references into the text as mere suggestions. With the light, fluid touch of Victoria Cribb, a resourceful, often inspired translator who is alert to Sjón's quick-change vocal register and genre-hopping artistry, the effect is hypnotic. The reader becomes a gleeful collaborator in an extravaganza in which Bosch meets Chagall, with touches of Tarantino . . . His wild, subversive imagination is among his great strengths, not only in CoDex 1962 but throughout his work . . . This wayward, exciting odyssey confronts death throughout. Nothing is quite what it seems, and there are no easy answers. Here, instead, is an artist preoccupied with questions.
Eileen Battersby, Guardian, Book of the Day
Masterful . . . [it] feels like a noble descendant from Bulgakov's The Master and Margarita . . . Yet as with all such works, it's not the categorising, of course, but the work's own strikingly individual, grounded yet independent streak that is such a delight. . . . Sjón is known as one of Iceland's top writers. With CoDex 1962, his place in English is strengthened, especially with this rigorously empathetic translation by his longtime collaborator, Victoria Cribb. . . . This novel is a wonderwork - and an insistently sheer joy to read.
Andrew Singer, World Literature Today
Sjón is a raconteur of talent. He can flick from angelic frolics to seedy violence as if each tale were a smooth refraction of the last. He has a knack for high comedy, too. ... Victoria Cribb deserves equal praise for bringing all this zest into English so well.
Cal Revely-Calder, The Daily Telegraph 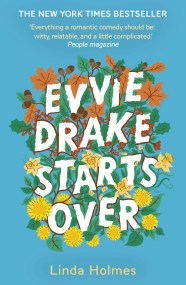 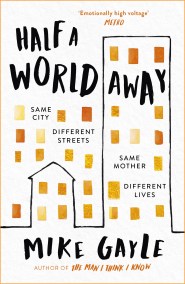