Crusade is a sweeping historical adventure as well as a cracking sequel
<i>Financial Times</i>
One of the best historical debuts in recent memory. Exciting and enthralling, it gripped me from the first page and left me waiting anxiously for the next instalment
John Connolly on BRETHREN
Tipped to be the next Da Vinci Code
<i>Elle</i> on BRETHREN
Wonderful... loaded with atmosphere, action, and intrigue. The Crusades come alive
Steve Berry on BRETHREN
El Cid meets The Da Vinci Code! Exciting, page-turning fiction
Simon Mayo's book panel, <i>BBC Radio Five Live</i> on BRETHREN
If you love the Templars, the Crusades, and the Middle Ages, this is the book for you. Robyn Young is an exciting new voice
Sharon Penman on BRETHREN
A sweeping historical adventure with strong characters and serious verve...Can't wait for the next two volumes!
Sarah Weinman on BRETHREN
Richly worked and captivating...an epic story of war, intrigue and heroism
<i>Good Book Guide</i> on BRETHREN
Swords clash in the first sentence...and go on clashing throughout...plenty of action...pacy dialogue. Equally enjoyable is the description of everyday life
<i>The Times</i> 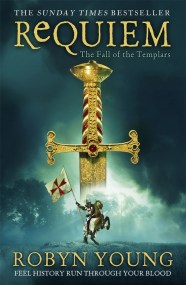 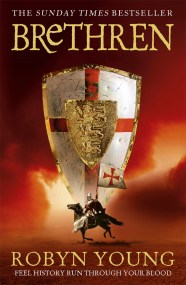