Robyn Young realistically evokes the brutal world of the late fifteenth century, and interweaves a gripping tale with a highly original take on Richard III and the Princes in the Tower. Provocative and grounded upon impressive research, this is historical fiction of a high calibre. More, please!
Alison Weir
Praise for Sons of the Blood, book 1 in the New World Rising series
-
Young has done her research and writes with her usual gusto. The battle scenes are gory and the plot twists sharp.
The Times
The first novel in a new series by Robyn Young, and this in itself is a cause for celebration. Robyn Young is one of the finest writers I've read in recent years. Her prose is beautiful, her historical fiction enriched by meticulous research and great empathy for its characters.
For Winter Nights blog
An astounding feat of historical fiction that breathes new life into a turbulent, exciting, and surprisingly relevant period of history. Crammed full with action, adventure, intrigue, politics and brilliant characters, this is a must read.
The Bookbag
A vivid and utterly compelling novel that brilliantly evokes one of the darkest and most turbulent periods of our history. I could not put it down.
Tracy Borman
A spectacular rollercoaster ride through the labyrinthine secrets and lies of the Tudor court, the brutal glitter of Renaissance Florence and a fifteenth century world where power is everything and people will go to any lengths to get it, Court of Wolves is brilliantly written and full of heart, a must read
Kate Williams, broadcaster and author of Becoming Queen
A thrilling, fast-paced and utterly compelling sequel. The reader is transported from the treachery of early Tudor England to the dazzling and deadly world of the Florentine court. Not to be missed
Tracy Borman, author of The King's Witch
Young's ability to conjure historical settings is reliably strong . . . fans of her work and historical adventure generally will love it. The action is well done and the characters' adventures entertain.
The Times
Robyn Young always writes so beautifully and with great empathy. Her prose is thoughtful and elegant . . . I'm looking forward to finding out what's next for Jack and Harry.
For Winter Nights blog
Engrossing historical drama set in most tumultuous times
Sun 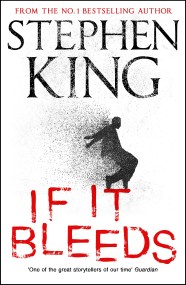