A meaty mixture of whodunnit and witness-protection saga...zippy, twisty plot...and a bevvy of memorable supporting goodies and baddies
The Sunday Times
A vivid and original take on the police procedural and a very enjoyable novel
Jessica Mann, Literary Review
Breathless from the first word and thrilling to the last
Lee Child
Dreda Say Mitchell is right up there at the forefront of British crime fiction
Simon Kernick
In DI Rio Wray, Dreda Say Mitchell has created a terrific character... Say Mitchell has positioned herself as the most authentic chronicler of crime and punishment in multiracial London
The Times
Praise for Dreda Say Mitchell
:
Wonderful vivid writing and a truly original voice.
Peter James
In this thoughtful but thrilling tale, Mitchell's wonderful creation DI Rio Wray has to cope with racism from a colleague as well as protecting the life of a 16-year-old girl who has witnessed a brutal triple murder.
Sunday Express books of the year 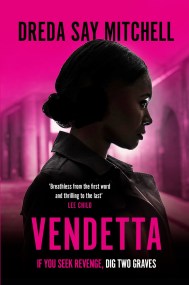 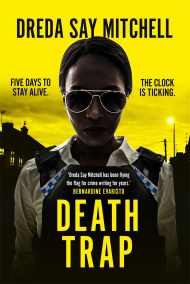