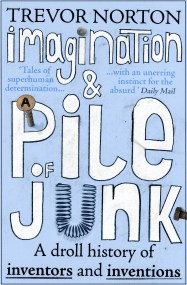 Imagination and a Pile of Junk

'In his whistle-stop tour of inventions large and small, the scientist Trevor Norton shares the Gershwins' view that invention is fundamentally comic.' The Sunday Times…