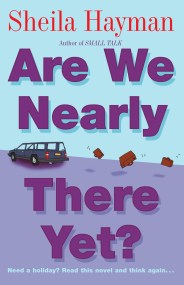 Are We Nearly There Yet?

Helen, Colum and Baby Des - now four years old - make the mistake of thinking a holiday will relax them and put some spark…