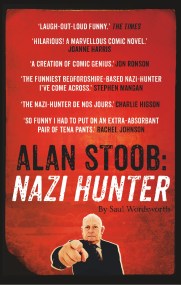 'A creation of comic genius.' Jon Ronson 'Alan Stoob is to Nazis what Inspector Clouseau is to jewel thieves. He's a marvellous comic creation, and…