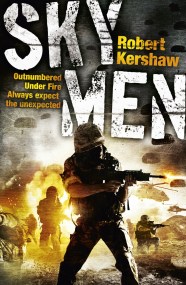 In Never Surrender Robert Kershaw captures the authentic voices of the ordinary heroes of the Second World War, from the soldiers fighting abroad to those…

'I thought Tank Men was a triumph ...it is a really fine piece of work' - Richard Holmes 'Some of the eye witness accounts Kershaw…