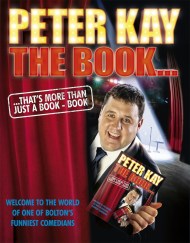 The Book That's More Than Just a Book - Book

Step inside the mind of Peter Kay... It's here he wrestles with the size of his Uncle Nobhead's rocket, ponders his nana's misuse of her…