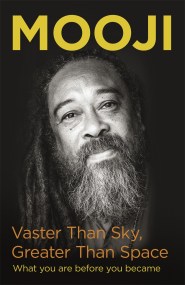 Vaster Than Sky, Greater Than Space

In ever-growing gatherings worldwide, the revered teacher Mooji has opened the eyes of thousands through his rare ability to shine light on the ineffable with…