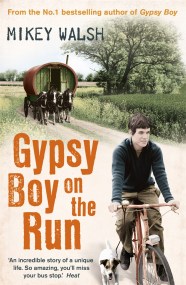 Gypsy Boy on the Run

This is the incredible story of a boy who escaped from a secret world. Mikey is a Romany Gypsy and grew up living in a…

**SOON TO BE A MAJOR MOTION PICTURE STARRING BENEDICT CUMBERBATCH** 'It was a revelation. Moving, terrifying, funny and brilliant. I shall never forget it -…