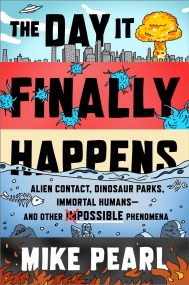 The Day It Finally Happens

__________ If you live on planet Earth, you're probably scared about the future. Terrorism, complicated international relations, global warming, killer viruses and a raft of…