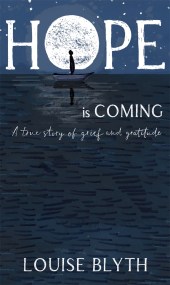 How can you lose the love of your life, but gain the greatest love you can ever know? In this gripping memoir, Louise Blyth charts…