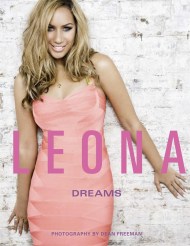 'Winning X Factor was amazing. I didn't even think I'd get through the first audition, so I just couldn't believe it when I kept getting…