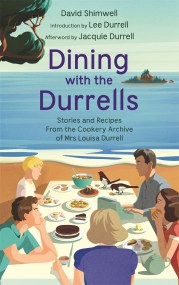 Dining with the Durrells

'We lolled in the sea until it was time to return for tea, another of Mother's gastronomic triumphs. Tottering mounds of hot scones; crisp paper-thin…