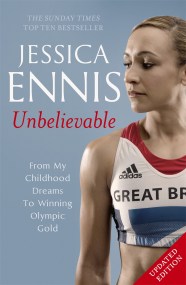 On 4 August 2012 Jessica Ennis kicked off what some described as the greatest night in British sporting history. For her it was the end…