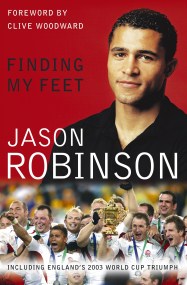 Finding My Feet - My Autobiography

Jason Robinson began playing full-time rugby at the age of 16 with Wigan Warriors, the most successful club in Rugby League at the time. He…