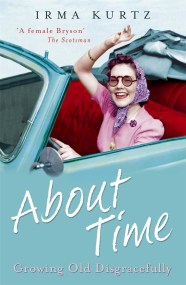 Something in our world is changing. In ten years time 60% of us will be over 55. The retirement age is likely to move up…