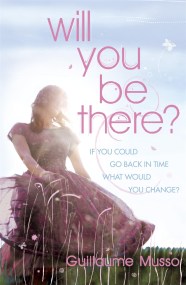 Will You Be There?

If you could go back in time, what would you do differently? For Eliott, there is no question. To all appearances, his life has been…