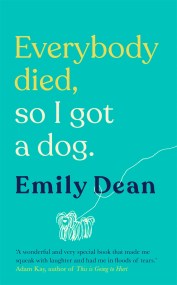 Everybody Died, So I Got a Dog

'Like a master class in memoir writing. Honest, perceptive and properly funny' Neil Gaiman 'A wonderful and very special book' Adam Kay, author of This…