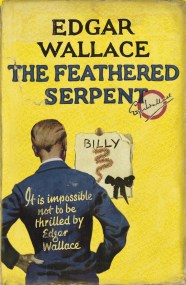 Miss Ella Creed had been knocked out by thieves outside her home and her jewels were taken. She seemed to care little about them -…