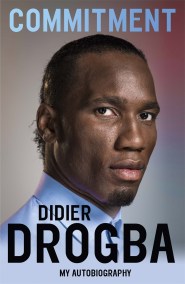 The story of one of the most recognisable and successful players in world football. Didier Drogba is renowned for his heading ability, sharp shooting and…