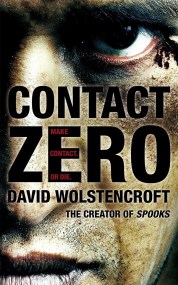 Who, what or where is Contact Zero? Deep in the mythology of the Service, whispered in training, clung to in moments of despair, is the…