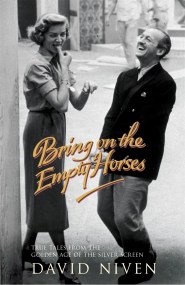 Bring on the Empty Horses

Here is Niven at his best. He and Errol Flynn were filming The Charge of the Light Brigade for a director, Michael Curtiz, 'whose Hungarian-orientated…