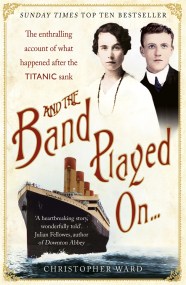 And the Band Played On: The enthralling account of what happened after the Titanic sank

On 14th April 1912 the Titanic struck an iceberg on her maiden voyage and sank. Fifteen hundred passengers and crew lost their lives. As the…