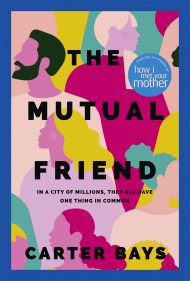 New York, 2015. In a city of more than 8 million people, there are always new places to visit, new connections to be made, new…