Challenge yourself. Challenge your friends. Discover if you can Think Like Churchill. Guided by Boris Johnson, this app lets you stand in the shoes of… 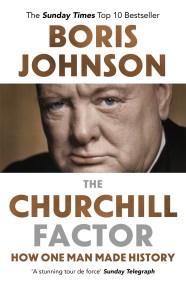 As the country navigates a national crisis once again, read how Britain's Prime Minister was inspired by Winston Churchill. One man can make all the…