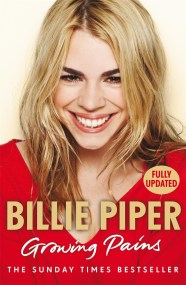 This is an astonishingly candid insight into the world of Billie Piper. Famous since the age of 15 - first as the face of Smash…