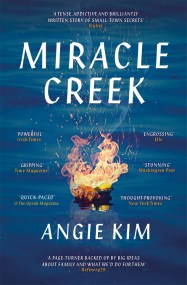 My husband asked me to lie. Not a big lie. He probably didn't even consider it a lie, and neither did I, at first .…