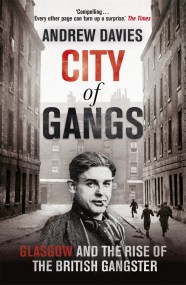 City of Gangs: Glasgow and the Rise of the British Gangster

**Includes fascinating stories about Billy Fullerton, leader of the Billy Boys, featured in the latest series of BBC's Peaky Blinders** 'A new type of criminal…