Lewis skillfully handles the tale's many moving pieces, maintaining pace, nuance, and clarity throughout. Lewis's lush prose creates an immersive, richly textured world with complex social dynamics and solid LGBTQ and multicultural representation
Publishers Weekly
Debut of the month . . . A layered, action-filled plot and diverse characters create a powerful entry into the space opera genre
Library Journal
Lewis's The First Sister is a ferocious mix of energetic plotting and vivid characters. Ridiculously readable
April Genevieve Tucholke, author of The Boneless Mercies
Wonderfully imaginative and gripping - Lewis's debut sucks you in from the very first scene and keeps you absorbed in a rollercoaster of high-octane action and devastating twists. Her prose is rich and assured; her characters complex and compelling. I couldn't put it down
R.F. Kuang, author of The Poppy War
An enjoyable queer space opera romp with a dark underbelly
Tor.com
If you're a fan of sci-fi rebels with strong female protagonists, this is a must read!
SciFi & Scary
This is a great science-fiction debut of incredible scope that should appeal to all fans of the genre. I'm looking forward to seeing where is goes next. Highly recommended
Never Imitate
This is a book that will leave you itching for the next installment, rooting for your favorite characters (or couples), and impatient to jump back into this world
Rainbow Round Table
A feminist space opera that blends social commentary with the cosmic magic of space . . . an introspective tale of humanity and who is allowed to define it
The Mary Sue
It is the kind of book that is likely to stimulate all kinds of discussion. A debut novel worth reading
Birmingham Science Fiction Group
Lewis has certainly plotted her story well - ParSec, Autumn 2021 review
A lot of fun, as stylish as it is substantial . . . read on
NPR on The Last Hero
Conflicts over advanced technology, religious beliefs, and economic deprivation swirl throughout this thrilling LGBTQ space opera centred on love, loss, and betrayal . . . The revolution is just getting started
Booklist on The Las Hero 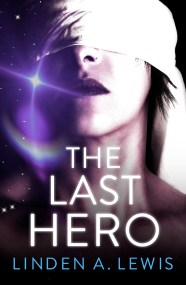 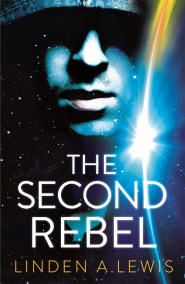 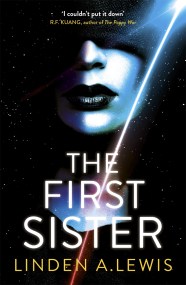