'WOW. I wish I had written this book.'
Patrick Rothfuss
DAUGHTER OF SMOKE AND BONE is that rare beast: a novel that takes the familiar and makes it appear startling and new. Taylor has embraced the mythology of angels and reworked it in an extraordinary form, so that by the end of this lyrical, haunting book, I wanted to believe in the existence of these violent, tormented beings. I can hardly wait for the next installment.
John Connolly
You don't want this book to end . . . it's cancelling-weekend-plans, stay-up-all-night-addictive.
<i>Easy Living</i>
DAUGHTER OF SMOKE AND BONE is a magical and engrossing book that is still going through my mind days later. Laini Taylor has created something different and exciting and I predict that it's going to be HUGE. It certainly deserves to be. DAUGHTER OF SMOKE AND BONE is easily the best book I've read all year and I'm sure it will remain a favourite for years to come.
jessheartsbooks.blogspot.com
The writing in this book is exceptional. The language is evocative and beautifully done. The scenes are gorgeously realised . . . I was swept away by DAUGHTER OF SMOKE AND BONE. It was compelling, addictive and utterly superb. I expect nothing in your diaries on the 29th September, except to buy a copy of this book.
vulpeslibris.wordpress.com
I absolutely adored every second of it!
deadbookdarling.blogspot.com
The world created in this book is so uniquely strange and, whilst uncomparable, if I were to compare it I would point at Phillip Pullman's Dark Materials . . . Definitely one of the best books I have read this year . . . keeps you hooked from page one.
overflowinglibrary.com
Easily the best book I have read since I first picked up Harry Potter years ago . . . Laini Taylor's writing is phenomenal and even the most mundane of sentences felt magical.
yabookreads.com
I LOVED it so so much . . . it is going to be HUGE.
thecrookedshelf.blogspot.com
The fantastic storytelling, amazing world building and original story is bound to captivate readers and have them begging for more, just like it did me.
inkscratchers.blogspot.com
A masterful mix of reality and fantasy with cross-genre appeal. Exquisitely written and beautifully paced.
<i>Publishers Weekly</i> Starred Review
WOW. I wish I had written this book.
Patrick Rothfuss
Remarkable and beautifully written . . . The opening volume of a truly original trilogy.
<i>Guardian</i>
The world-building descriptions and language stop your heart and then, like a defibrillator, start it up again.
<i>New York Times</i>
Mesmerising.
<i>Marie Claire</i>
A mesmerising read
Woman & Home 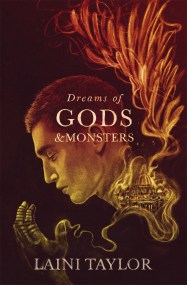 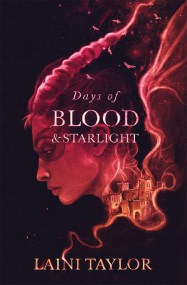 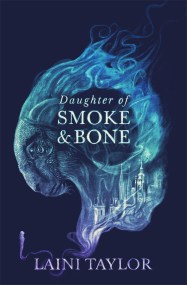 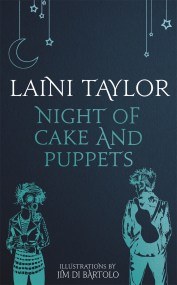