'The Catalyst is a complicated, rich world of magic and danger. While it seems simple at first, nothing is black and white, and nothing is what it seems. Both fantastical and startlingly relevant and contemporary, it's tense, exciting, engaging and has at its heart a central character whose incredibly personal story becomes caught up in huge battles and some even bigger ideas.'
Claire North, author of <i>The First Fifteen Lives of Harry August</i>
'At the heart of this hugely ambitious story, by a 15-year-old newcomer, is a great big universal truth - we all think we're different. The Catalyst takes this idea and runs with it. This is a stunning debut, exploding with life, ideas and passion'
Daily Mail
'Helena Coggan is only 15, and yet her debut novel has all the assurance of a writer in mid-stride. If young writers can overcome the stare of the blank page - and take care with characterisation - they can stand as an inspiration to all'
Guardian
[The Catalyst is] very appealing and completely lively throughout. This was an absolutely impressive debut novel from a young voice who is fast going attract a huge following. Hunger Games eat your heart out. Loved it. Highly Recommended.
Liz Loves Books
'The Catalyst was a gripping read. It is action-packed and not once are you left feeling bored or waiting for something to happen. What Helena brilliantly manages to create is suspense...a truly brilliant, gripping and suspenseful read'
Laura's Little Book Blog
'A pulsing, labyrinthine, emotionally visceral plot'
Metro
The year's Divergent
Sun
A phenomenal achievement... assured, frightening, action-packed
Observer
[A] brilliantly realised future... Coggan writes with both verve and attitude
Metro
Helena Coggan was just 13 when she wrote her hugely acclaimed debut, The Catalyst. This follow-up which follows heroine Rose in a magical feature is just as impressive.
Heat

The Wars of the Angels 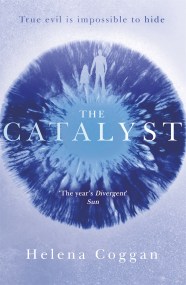