Praise for the Oscar Wilde Series 'Gyles Brandreth and Oscar Wilde seem made for each other'
Daily Telegraph
'A cast of historical characters to die for'
Sunday Times
'Genius . . . Wilde has sprung back to life in this thrilling and richly atmospheric new novel'
Sunday Express
'A witty fin-de-siecle entertainment . . . rattlingly elegant dialogue'
Sunday Times
'Very entertaining'
Literary Review
'A flight of imagination that partners Oscar Wilde and Arthur Conan Doyle in a deadly pursuit to the heart of the Eternal City merits a round of applause for sheer chutzpah . . . Gyles Brandreth succeeds magnificently . . . The relationship between the two writers is drawn so convincingly, but there is also dialogue of the period without any Victorian heaviness and a plot that is intriguing throughout. Brandreth's research is impeccable. Literary and theological references merge easily into a skilfully crafted story that goes all the way to meet the standards set by his two eminent protagonists'
Daily Mail
'Brandreth has always delighted in puzzles, in the quirks of both the past and present, and in the gloriously camp wit of Oscar Wilde. Here all of these things come together in a story that reminds us how enjoyable a well-told traditional murder mystery can be'
Scotsman
'Brandreth's deftly plotted, entertaining escapades double as historical novels of considerable merit . . . Brandreth is a deft hand at weaving plot, historical atmosphere and entertaining characters'
Historical Novels Review
'Brandreth's portrait of Oscar Wilde is entirely plausible; plots are ingenious and the historical backgroud is fascinating'
Scotsman
'Hugely enjoyable'
Daily Mail
'Cleverly plotted, intelligent and thoroughly diverting . . . This novel is an educated page-turner; a feast of intriguing and light-hearted entertainment'
Good Book Guide
'A carnival of cliff-hangers and fiendish twists-and-turns . . . The joy of the book . . . is the rounded and compelling presentation of the character of Wilde . . . The imaginary and the factual are woven together with devilish ingenuity. Brandreth also gives his hero speeches of great beauty and wisdom and humanity'
Sunday Express
'Packed with colourful characters and unlikely adventures . . . this latest instalment in Brandreth's clever and unapologetically entertaining Oscar Wilde series will not disappoint'
Good Book Guide
'The curse of fictionalising well-known characters is having to manoeuvre within the facts, but Brandreth manages superlatively. This is light stuff, but energetic, and Brandreth clearly has Wilde at heart'
Financial Times
'Even the conventional crime novel has its pleasures'
Scotsman
'What sets the novel apart is Brandreth's talent for conveying time and place. The barbarism of close confinement has rarely been so graphically and movingly portrayed'
Daily Mail 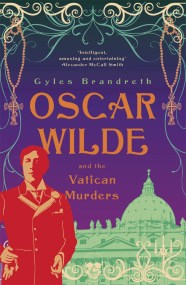 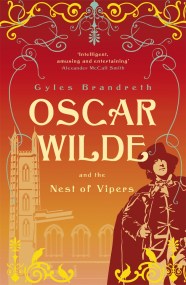 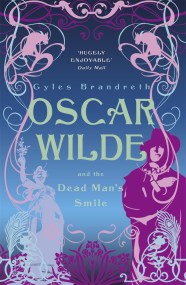 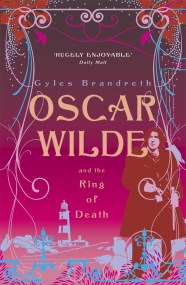 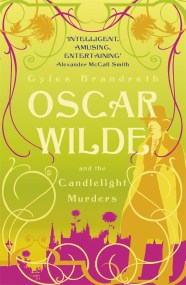